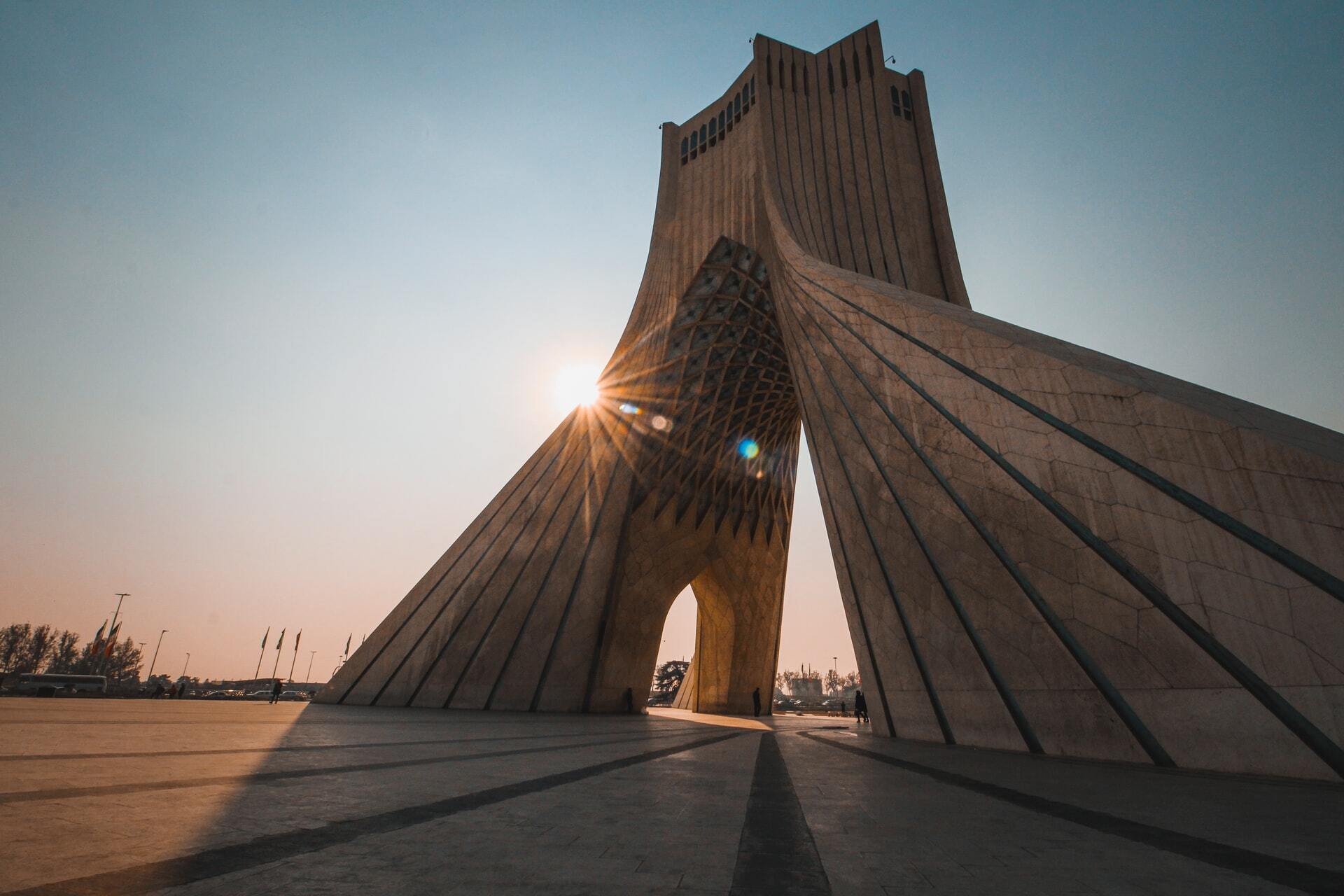 For most people interested in Bitcoin and other digital assets, Iran remains a very exotic country. The situation of Iranian blockchain enthusiasts is mostly unknown to the general public in foreign countries. But people who would think that Bitcoin is not popular in Iran would be greatly mistaken – in fact, the Iran crypto scene is quite vibrant, and the government is actively exploring the subject of blockchain technology.

The following guide will provide you with a thorough exploration of the Iranian crypto ecosystem. We will cover not only the legal status of Bitcoin and other digital assets, and describe some of the most important Iranian blockchain ventures, but also offer practical tips regarding where and how you can buy Bitcoin in Iran.

The Legal Status of Crypto in Iran

First thing to note about the legal status of Bitcoin and other cryptocurrencies in Iran is the fact the law is clear and precise, and the regulations are not vague and don’t leave any room for interpretation. Unlike in many countries around the world, crypto enthusiasts comprising the Iran Bitcoin community can enjoy full clarity as to what they can and cannot legally do.

The main legal document regulating the Iran crypto ecosystem is a statement issued in 2018 by the Central Bank of the Islamic Republic of Iran. The document states that all banks and other financial institutions in Iran are strictly prohibited from all operations involving digital assets such as Bitcoin. The statement cites potential use of cryptocurrencies for funding terrorist activity and money laundering as the main reason for banning financial institutions from using digital currencies.

However, it’s very important to note that the ruling above doesn’t mean that Bitcoin is illegal, as it applies only to banks and other similar institutions. For individuals and retail investors, digital assets such as Bitcoin and other cryptocurrencies are fully legal. It is not prohibited to own, buy, sell or trade digital currencies. Furthermore, crypto mining is also completely legal, as long as it is done in a registered way and in compliance with all regulations.

The subject of the Iran bitcoin mining ecosystem requires a detailed description, since it is one the most unique aspects of the Iran crypto scene. While in many countries the most popular applications of cryptocurrencies are trading and investing, in Iran the most profitable and popular aspect of blockchain technology is Bitcoin mining.

The reason for the tremendous popularity of crypto mining is mainly the fact that electricity is very cheap in Iran. Energy costs of mining cryptocurrencies are two, or sometimes even four times smaller than in countries such as the United States or Germany. Because of that, mining crypto is much more profitable in Iran than elsewhere. According to estimates, up to 4% of all bitcoins mined in the world are created thanks to the Iran Bitcoin mining community.

The legal status of mining crypto in Iran has changed a lot over the years. Originally, as in most countries in the world, mining Bitcoin and other digital assets was completely deregulated. However, mining crypto quickly got so popular that it even caused serious problems with the Iranian energetic infrastructure. Because of that, the government was forced to instate laws which currently regulate the Iran crypto mining.

According to the regulations introduced in 2019, all crypto mining operations in Iran must be registered as fully legal companies. Crypto miners are not subjected to any additional laws, and they operate similarly to any legal business. However, there is just one special regulation that must be obeyed: according to the Ministry of Energy of the Islamic Republic of Iran, “using electricity or natural gas to mine cryptocurrencies is forbidden in peak consumption times”. The regulation was introduced in order to not put strain on the Iranian energy grid when it is at a high capacity.

The process of registering a crypto mining business in Iran is easy. Over 1,000 miners are allowed to operate legally. This number includes all types of entities: individual miners, small local firms, foreign companies, as well as massive mining farms created by the government of Iran in collaboration with international partners.

The reason why the government of Iran decided to purchase all cryptocurrencies mined in the country is the fact that Iran plans to use digital assets such as Bitcoin in order to fund importing goods from other nations, presumably to evade international countries.

Taxation of Digital Currencies in Iran

Like with other legal issues affecting the Iran crypto ecosystem, the subject of taxation is also very clear and easy to understand. Furthermore, the Iranian approach to taxing cryptocurrencies is quite attractive to blockchain investors.

The good news for all the members of the Iran crypto community is the fact that digital assets like Bitcoin are not subjected to taxation. Blockchain enthusiasts in Iran can buy, sell and hold cryptocurrencies without having to worry about paying taxes.

Since the most popular use of blockchain technology in Iran is crypto mining, and miners operate legally just like any other businesses, they are subjected to the same taxes as all other companies.

However, the government of Iran has recently changed the regulations regarding taxing crypto mining companies and made the law even more welcoming to Bitcoin miners. In order to discourage entrepreneurs from trying to sell their bitcoins abroad, the authorities in Iran have decided to provide tax exempt to crypto miners, as long as they operate legally and in accordance with all regulations, which includes selling the bitcoins directly to the government and taking the miner rigs off when the energy grid is working at a full capacity.

Where to Buy and Sell Crypto in Iran?

Since digital currencies such as Bitcoin are quite popular in Iran, there are many ways in which members of the Iran crypto community can buy and sell cryptocurrencies. However, the Iran Bitcoin market differs a lot from how it looks in other countries. Furthermore, foreigners traveling to Iran must take special precautions while using cryptocurrencies on the Internet.

The most important difference between the Iran crypto market and the Bitcoin ecosystem elsewhere is the fact that most of the exchanges popular around the world do not operate in Iran at all. Since many Western countries have introduced sanctions against Iran, globally operating digital asset exchanges prefer not to conduct business there.

The fact that exchanges such as Binance or Coinbase do not operate in the country is important not only for Iranians, but is also very significant for foreigners traveling to Iran. Namely, a large number of foreign crypto enthusiasts have reported having their accounts on major exchanges locked after trying to log in to them while in Iran.

The situation should not be taken lightly, because in the worst case scenario you might even get your account banned, and the assets that you hold on the exchange will be lost. It’s better to be safe than sorry, so foreigners travelling to Iran would be best advised to refrain from using crypto trading platforms such as Binance or Coinbase while in the country.

Unfortunately, not only Western crypto exchanges do not operate in Iran. Popular digital asset trading platforms available in other countries in the MENA region such as the Emirati-based BitOasis also do not officially conduct business in Iran.

Like in other countries where mainstream crypto exchanges are not available, the most popular way to buy and sell digital assets is through peer-to-peer (P2P) trading platforms such as LocalBitcoins and Bisq.

LocalBitcoins is a very respected crypto trading platform which launched in 2012. The website allows people in Iran and abroad to trade Rial/BTC and purchase digital assets directly from other people, without relying on intermediaries.

The main idea behind Bisq is similar to LocalBitcoins, however the main difference is the fact that Bisq is not a centralized website, but a fully decentralized, open source application. Because of the extremely high level of privacy provided by Bisq, it is an increasingly popular way of investing in Bitcoin in countries such as Iran.

Another option for the Iran crypto enthusiasts is using DEXs (decentralized exchanges). Since these platforms are fully automated and operate using smart contracts, they have no region limitations and are freely accessible from anywhere in the word. However, a big disadvantage of DEXs is the fact that they do not support fiat currencies such as the Iranian Rial.

Although some centralized Iranian exchanges such as Nobitex and Bittestan exist, they are not very popular and don’t have a big volume. Since these exchanges are only intended for the citizens of Iran and don’t even provide any foreign languages support, they are of little use for crypto enthusiasts travelling to Iran for business or leisure.

The Biggest Players on the Iran Crypto Market

One thing that Iran shares with other countries in the MENA region is the fact that the government is heavily involved in the cryptocurrency ecosystem. The Iranian authorities actively work with private entrepreneurs to develop blockchain-based solutions. Therefore, the Iran Bitcoin ecosystem is composed of a combination of government-funded, private, and foreign companies.

The government of Iran is also working in collaboration with other countries in order to develop the local blockchain infrastructure. One of the largest endeavours of this type is the work on constructing a massive crypto mining farm conducted by the Iran and China Investment Development Group.

Foreign companies are also heavily involved in the Iran crypto community, and the local government welcomes their investments in the country. One of the most significant foreign firms conducting business in Iran is the Turkish crypto mining giant Iminer.

Although thousands of legally operating crypto mining businesses exist in the country, the Iran Bitcoin ecosystem is not composed exclusively of mining companies. Other types of blockchain firms exist as well, however to avoid international sanctions they are often registered abroad.

Some of the Iranian companies which are officially registered elsewhere include the exchanges Cryptoland and UtByte as well as the token project KingMoney. Although these projects have some problems while operating internationally, they are still to some degree being successfully used by the people of Iran in order to make cross-border payments.

The Future of the Iran Crypto Ecosystem

A close analysis of the Iran blockchain market proves that all the laws introduced by the authorities were not intended to fight against the spread of blockchain technology, but only to make the adoption of cryptocurrencies proceed in a regulated manner. Because of that, the future of the Iran crypto community looks rather optimistic.

Although some Western media outlets are of the opinion that the Iranian government is intending to ban crypto, the regulations introduced over the past few years do not suggest so in the slightest. On the contrary, the government of Iran is working closely with domestic and foreign partners to develop the local blockchain infrastructure.

Like almost any country in the world, Iran was also affected by the coronavirus pandemic. The virus had a massive impact on the economy of Iran, and like in many other countries, fighting the pandemic led to an increase of inflation. Many experts believe that the weakened Rial will accelerate the rate of the Iran crypto adoption, and force the local authorities to increase the importance of blockchain technology in Iranian economy.

LNKO expansion plans into the UAE