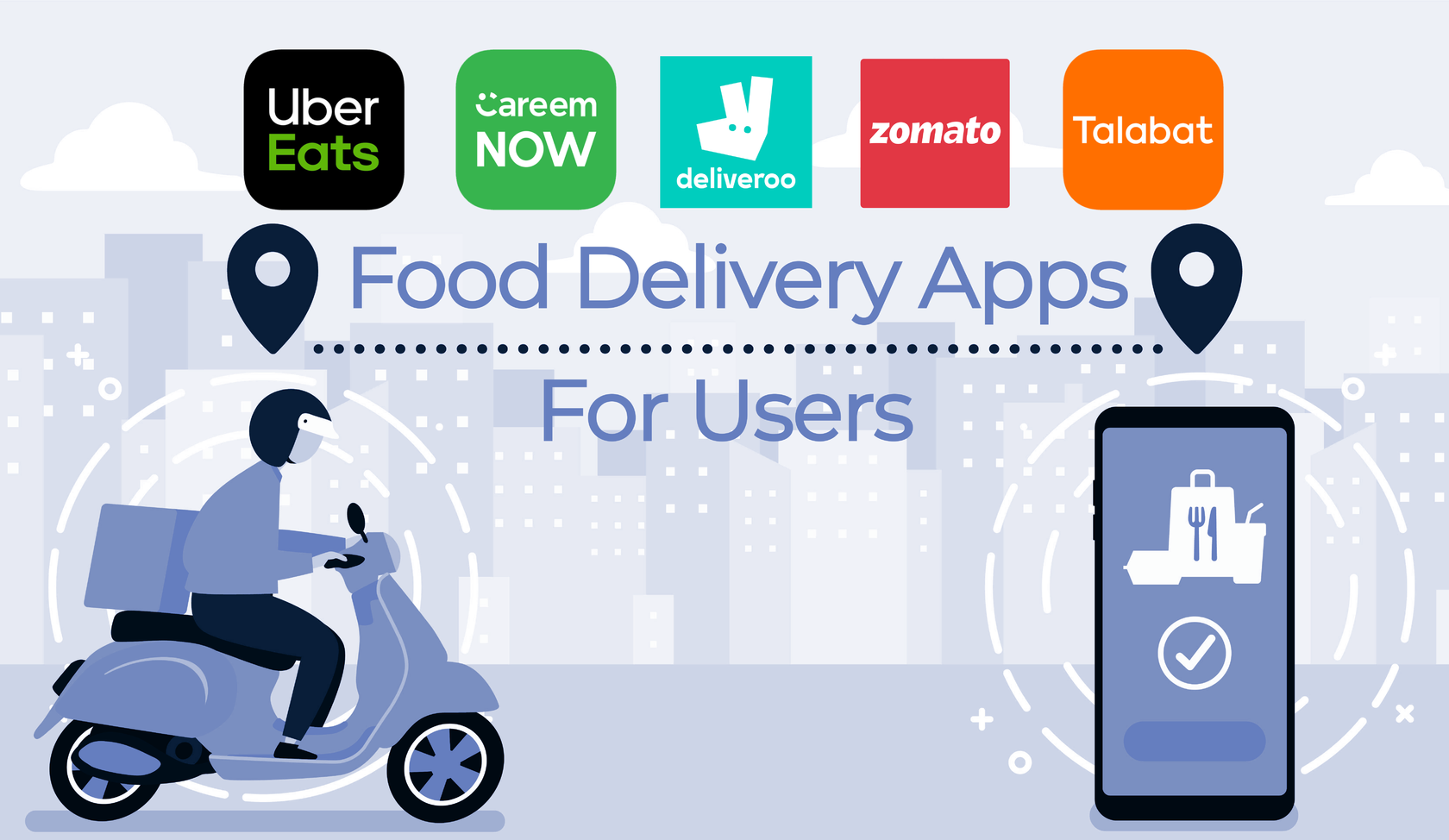 Last March, while cities around the world went into lock down, most companies were forced to close their doors and forego revenue for a few weeks. Given that restaurant owners collaborated with food aggregators to power the on-demand food economy, you’d think they’d have an easier time. You’d be mistaken.

In clearer terms. The “food economy” hasn’t been nice to any of its stakeholders since its inception:

Restaurants complain about the exorbitant commission rates charged to food aggregators (up to 30–35 percent), feeling trapped with no specific alternatives.

Customers also express dissatisfaction with the quality of service and the length of time it takes to receive it.

Food aggregators and their stockholders are all losing money, with none having made a profit since their inception. In the past, unprofitable growth at any expense was appropriate, but investors have grown impatient and are demanding a consistent path to profitability from their projects.

Poor wages and a lack of social security are among the complaints made by drivers and passengers (mostly in the US, where riders are considered as contractors and in many cases get paid less than minimum wage).

As a result of these challenges, stakeholder tensions have risen, resulting in three primary incidents, or rather turning points, particularly in May and June of last year:

Uber Eats has agreed to stop its operation in the Middle East.

Regional restaurants teamed up with ChatFood, Taker, Zyda, Blink, and other similar platforms to launch commission-free websites that allow customers to order directly from them.

In the recent past week, Alabbar delivered on his word by launching Noon Food, a new food delivery service with a 15% commission cap, and challenging others to follow suit. Simultaneously, Careem (the region’s ride-hailing business, which was recently acquired by Uber) eliminated its variable commission system, instead of requiring restaurants to pay a fixed monthly fee to cover delivery costs.

But how is it that Noon is able to make money in such a difficult industry when those with twice the commission are unable to?

Noon may not be able to succeed if it adopts the same strategy as current competitors, but if it alters how the game is played, the results could be enough to turn the industry’s bleak economics around.

Unit economics in food distribution, like e-commerce, can be broken down into a “simple” formula based on seven metrics that assess a customer’s net value:

The average order value, or AOV, is lower than in other eCommerce categories since most customers order relatively inexpensive fast food products.

The commission that restaurants pay to food aggregators is known as the take rate.

Each repeat order’s S&M cost refers to the costs of sales and marketing (covering payment fees and follow-on marketing expenses).

An individual order’s economics is made up of the elements mentioned above. Disappointing news looms if at this stage money is still not being made!

The average order frequency (AOF) is a measurement of how many times a customer orders over the course of their lifetime.

Customer acquisition cost (CAC) is the marketing expense incurred by an aggregator to get a customer to place their first order.

The general and administrative costs (salaries, technology infrastructure, office), as well as research and development expenditures, are divided by the total number of customers to arrive, on the other hand, this is known as the average fixed costs.

The food aggregators earn AED 18 (30% of AOV = take rate) assuming an AOV of AED 60. The food is delivered for AED 20, and the consumer is paid AED 7, resulting in a net delivery cost of AED 13. Also, it costs AED 3 for sales and marketing expenses on each order.

As a consequence, the food aggregators hold AED 2 from each order contribution. If a customer makes an order average of 50 times per year, they contribute AED 100 per year. Each customer produces AED 40 per year at an average fixed cost of AED 60 per customer (before accounting for CAC).

For the distribution aggregator, a customer will be worth 200aed after a 5-year lifespan. They’re making money as long as they pay less than the amount to buy them (AED 30 as an example).

Unfortunately, this is a condensed and theoretical example. The reality is very different, and even our region’s most productive player (Delivery Hero/Talabat) struggles to earn money:

The difficulty of making money in food delivery

Listed below are the three main reasons why most players in the industry suffer:

1) High cost of delivery due to low usage and the ‘point to point delivery method. Food delivery, unlike other delivery services, necessitates a driver picking up food from a single supplier and delivering it to a single customer, resulting in a single trip on every order, the case is different for e-commerce where a driver can pick up from one warehouse and deliver to multiple customers. Food delivery has specific busy periods (lunch, dinner), which eventually render drivers un-utilized for the majority of hours of the day, this somehow contributes to the complexity of the delivery process.

2) Due to the high level of competition in the sector (Deliveroo, Talabat, Zomato, Careem Now, and Noon Food) and low switching costs (it requires less than 2 minutes to download the app and save your payment details and location), aggregators must invest in marketing and incentives to keep consumers on their sites or suffer a lower average order frequency.

Noon began operations in 2017 as a Middle Eastern e-commerce site, offering consumers a wide range of goods to purchase online. The company expanded into new business lines this year, introducing online grocery delivery (both planned and on-demand through Noon Daily and NowNow) in 2020 and food delivery (via Noon Food) this year.

Alabbar started out with the aim of being the “Middle East’s Amazon,” but soon realized that competing with Amazon on a game they basically invented was a losing proposition. This prompted the Noon leadership team to make one of the region’s most remarkable strategic pivots: Noon will no longer be the region’s Amazon; instead, it will be its on-demand FedEx.

The company however made a bold move to reposition itself as a logistics company for that reason, broadening its playing field across different verticals and selectively integrating backward into areas it finds appealing (with supermarket dark stores, product white labels, and ghost kitchen, all of which are sure to emerge rather soon).

Through this positioning, Noon hopes to address two of the industry’s biggest issues: low driver utilization and low customer satisfaction.

Noon is the best-positioned of all the food distribution platforms in terms of optimizing the usage of its drivers in all of its business lines. Here’s how a Noon driver could break his or her day in a simplified pattern:

Most drivers concentrate on on-demand delivery (Food + Groceries) during peak food periods (Breakfast, Lunch, Dinner). They are strategically positioned near restaurants with the highest order volume.

During non-peak hours, a greater number of these drivers report to Noon’s warehouses, where they assist in the delivery of packages to Noon.com customers and groceries to Noon Daily customers.

Because of Noon’s vast ecosystem, the organization will concentrate its marketing efforts on a wider spectrum of businesses and include a multi-faceted loyalty program to entice consumers to remain on their network (it can be likened to Amazon Prime with a twist).

In late 2020, the company introduced Noon VIP, a loyalty program that rewards loyal customers with discounts, quicker delivery, and other benefits. The product is a loss leader for the company, but it helps to retain customer loyalty and raise mental switching costs, similar to Amazon Prime.

It won’t be a surprise if Noon VIP customers started to receive exclusive deals and lower delivery fees when ordering from Noon Food, resulting in a higher AOF.

It can only be anticipated that as Noon Food expands, it will provide more services to its partner restaurants, strengthening their partnership and producing additional income. These services range from promotional planning to consulting to assist them in optimizing operational decisions (such as the location of mobile kitchens) based on the data they have.

Even though Noon’s approach is technically sound and will look fantastic in a consulting strategy deck, putting it into practice would be much more challenging. People despise consultants for overusing terms like “leverage” and “synergies,” urging their clients to “leverage their assets across business lines to build synergies that lead to cost savings.” Anyone who has run a company knows how difficult it is to capture synergies, particularly when human capital is involved.

In any case, I’m cheering for them to thrive and figure this out as one of the few promising regional technology companies!

The future looks very exciting, particularly for customers, as competition heats up and the level of technical and business model innovation increases in this sector. Here’s an individual angle on how different stakeholders will likely measure up:

Customers will come out on top as a result of the increased competition in this space. They’ll be able to recoup great deals as various players try to convince them to use their channels (which they’ll be able to do with ease due to the low switching costs). They’ll also benefit from lower take rates, which will be passed on to them in the form of discounts.

Given the low take rates in restaurants, this would initially favor them. Restaurants, like all companies that outsource delivery, will ultimately pay the price when aggregators (like Noon Food) use the data they collect to incorporate backward and open their own virtual restaurants to produce the most profitable items (this concept is discussed in detail here).

Now that a new player with deep pockets has joined the market, food aggregators would have a harder time competing. At this stage, they should concentrate on their individual niches (for example, Deliveroo for higher-paying customers) and search for different ways to add value to their restaurants. Even though Alabbar has invited them all to lower their commissions, they should decline because they cannot play the same game as Noon, at least not for now.