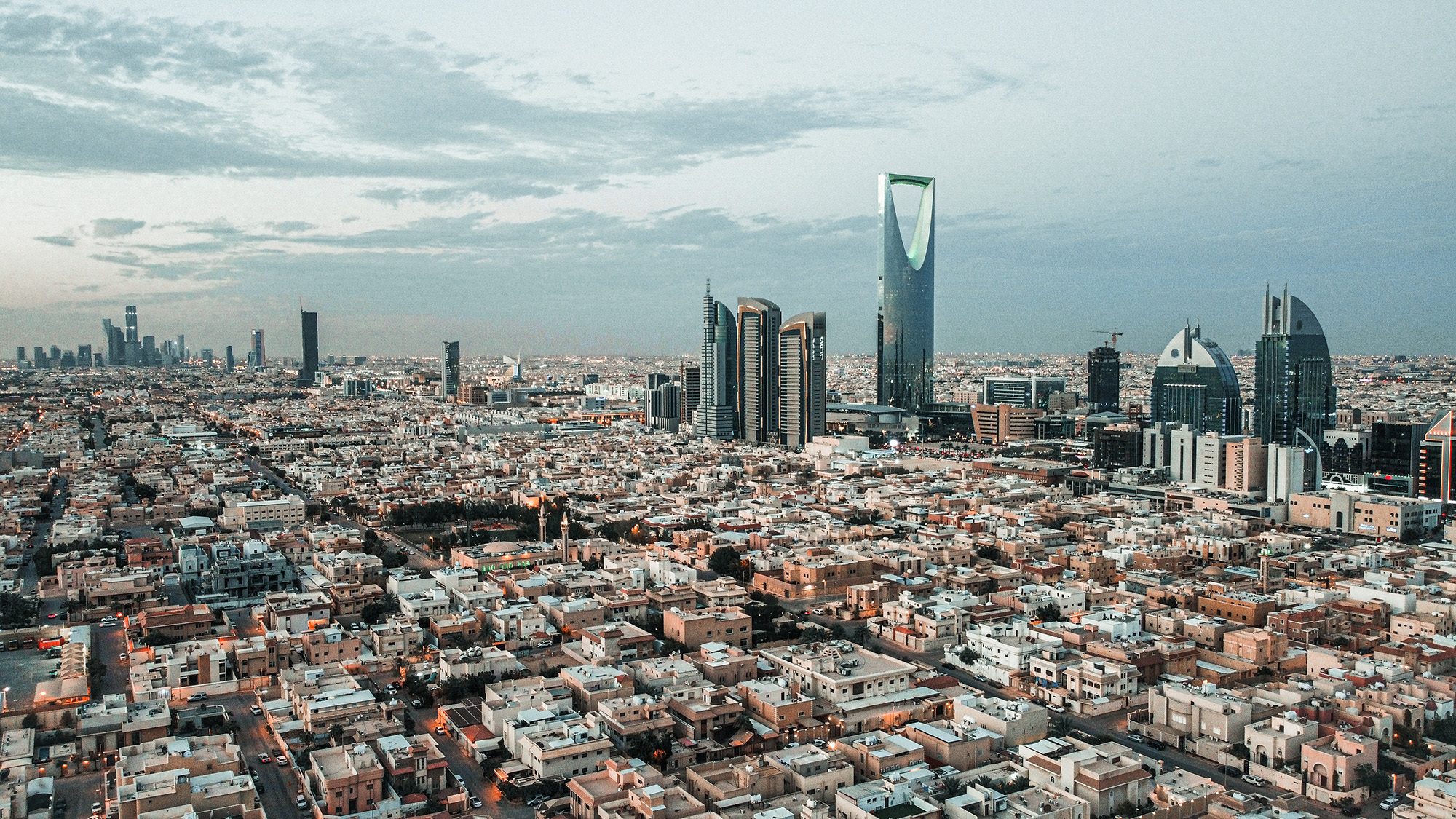 Over the past few years, the Middle East has become one of the global hubs of cryptocurrency adoption. Some countries in the Gulf Area have taken a strong stance in promoting the use of digital assets and blockchain innovation. However, not all governments in the region are equally welcoming to cryptocurrencies. Saudi Arabia is one of the few countries in the world where cryptocurrencies are officially illegal. Fortunately for blockchain enthusiasts, that doesn’t mean that the Saudi Arabia crypto market is completely nonexistent.

From this guide, you will learn details of the legal status of Bitcoin and other digital currencies in Saudi Arabia.  You will also get to know how Saudi crypto enthusiasts can buy and sell digital assets, and discover the Saudi strategy towards developing blockchain infrastructure without encouraging individuals to use cryptocurrencies like Bitcoin.

The Saudi crypto situation is quite complicated. Although digital assets such as Bitcoin and all other cryptocurrencies are officially considered illegal by the government, blockchain technology is still being experimented with by some Saudi companies.

In general, the Saudi crypto approach doesn’t oppose blockchain technology as such. Firms and even government entities in Saudi Arabia are free to develop blockchain based solutions, and over the past few years Saudi companies have initiated a significant number of international partnerships intended to introduce blockchain to the Saudi financial system.

The main issue of the Saudi Arabia crypto ecosystem is the fact that although blockchain technology is regarded with interest, the use of blockchain-based assets like Bitcoin by individual investors is shunned by the government. In the next section of this guide, we will take a closer look at the legality of cryptocurrencies in Saudi Arabia.

Are Cryptocurrencies legal in Saudi Arabia?

The legal status of cryptocurrencies in Saudi Arabia is founded on a decision published in 2018 by the Saudi Arabian Monetary Authority (SAMA). In the document, a subdivision of SAMA called the  Standing Committee for Awareness on Dealing in Unauthorized Securities in the Foreign Exchange Market has taken a strong position against all digital assets.

The official stance of the Saudi government regarding crypto is that “unauthorized virtual currencies are illegal inside the Kingdom of Saudi Arabia”. The decision published by SAMA explicitly states that the ruling applies to all cryptocurrencies, and specifically mentions Bitcoin as one of the assets which are declared illegal.

Unfortunately, although the SAMA’s decision seems clear at first, a closer examination proves that it is in fact quite vague and problematic. While cryptocurrency is declared illegal, the document gives no clue as to which precise crypto operations are prohibited in Saudi Arabia. For example, it is unclear whether simply owning some crypto is illegal, or does the illegality only apply to making and accepting crypto payments.

The official ruling provides no details and no explanations. It’s unclear whether illegality of cryptocurrencies refers just to legally operating a Saudi Arabia bitcoin exchange or founding a crypto project, or does it also extend to prohibit individuals from buying, selling or even storing digital assets like Bitcoin.

Furthermore, the official stance taken by the SAMA mentions no legal sanctions, punishments or fines for using cryptocurrencies. The Saudi government doesn’t seem to actively enforce it’s crypto prohibition, and buying or selling Bitcoin and other cryptocurrencies isn’t really a problem in Saudi Arabia.

Naturally, when it comes to taxation, the situation is absolutely clear. Since all cryptocurrencies are considered illegal by the government, the Saudi citizens are not expected to officially own any digital assets and there are no tax laws regarding Bitcoin and other digital assets.

Where to Buy and Sell Crypto in Saudi Arabia?

The legal status of cryptocurrencies in Saudi Arabia could suggest that buying and selling digital assets is very hard or even impossible. However, this is far from the truth. Because the law banned Bitcoin without installing any actual restrictions and measures to stop individuals from using cryptocurrencies, the Saudi Bitcoin market still exists, and Saudi Arabia crypto investors have many ways to purchase digital assets.

It goes without saying that due to the official prohibition of cryptocurrencies, no local, Saudi-based crypto exchanges are allowed to operate legally. Because of that, Saudi crypto enthusiasts are forced to use foreign exchanges to buy and sell digital currencies.

When it comes to the leaders of the global crypto exchange market, the situation differs greatly between various platforms. Some of the exchanges are presumed to operate normally, some may put certain restrictions on the accounts of Saudi citizens, and some crypto exchanges declare that they do not operate in Saudi Arabia at all.

One of the popular exchanges which claims to not put any restrictions on Saudi investors is Kraken. Another global exchange accessible to Saudi crypto enthusiasts is Binance. Recently, Binance has introduced the Arabic language support, and it’s also possible to trade the Saudi Arabian Riyal / Bitcoin (SAR/BTC) pairing on the platform.

However, most Saudi Bitcoin investors prefer to use exchanges based in the MENA region. Since many neighboring countries are much more welcoming to digital currencies than Saudi Arabia, Saudi crypto enthusiasts have easy access to exchanges with native Arabic support and the ability to trade SAR/BTC.

One of the most popular exchanges for Saudi crypto investors is BitOasis. The exchange headquartered in the United Arab Emirates is the market leader in the entire MENA region and provides a high level of security while adhering to all global industry standards.

Another crypto exchange popular in Saudi Arabia is the Bahrain-based Rain. The exchange has a very good reputation among investors because it is officially licensed by the Central Bank of Bahrain, and strictly complies with all required regulations.

Since digital assets are officially illegal in Saudi Arabia, a large number of people prefer more discreet and private methods of buying and selling cryptocurrencies. That’s why peer-to-peer (P2P) exchanges such as LocalBitcoins and Bisq are quite popular in Saudi Arabia.

LocalBitcoins is one of the oldest and most respected Bitcoin marketplaces. The Finland-based company allows Saudi crypto enthusiasts to purchase digital currencies directly from other people, without having to rely on centralized exchanges.

Bisq operates similarly to LocalBitcoins, however instead of being a centralized web platform, it is a fully decentralized network which allows trading cryptocurrencies in a similar way to how BitTorrent allows sharing files. Bisq enables people to buy and sell Bitcoin and other digital assets with a very high level of privacy, making it a popular method of purchasing crypto in countries which limit other methods of investing in Bitcoin.

Finally, Saudi blockchain enthusiasts can freely access and use Decentralized Exchanges (DEXs). These platforms allow for permissionless trading of many crypto assets, mostly focusing on the Ethereum-based tokens, however they have a limited usefulness as they do not support making fiat deposits and withdrawals.

It’s important to remember that although cryptocurrencies are officially illegal in Saudi Arabia, blockchain technology in general is not. That’s why there’s still a number of major companies which are legally allowed to experiment with adopting blockchain-based solutions, as long as these solutions don’t include issuing or trading cryptocurrencies.

In fact, some blockchain-based enterprises are even officially supported by the Saudi government. For example, Saudi Arabia is currently working together with the United Arab Emirates on applying blockchain technology to cross-border payments in order to make them more easy and secure.

A similar transnational cooperation is being conducted between Saudi Arabia and Bahrain. The countries are collaborating on introducing blockchain solutions to their custom bureaus and maritime ports to improve the efficiency and security of trade.

Relying on international partnerships to develop the local blockchain infrastructure seems to be one of the most dominant trends in the Saudi crypto ecosystem. These partnerships are not limited only to neighboring countries, but also include a prominent presence of major corporations from around the world.

Recently, Saudi Arabia has signed a partnership with the global tech giant IBM. The goal of this partnership is developing strategies of using blockchain technology to modernize the government and commercial sectors of the Saudi economy.

Interestingly, the same Saudi Arabian Monetary Authority (SAMA) which made Bitcoin and other cryptocurrencies illegal is involved in a partnership with the controversial American blockchain company Ripple Labs Inc. SAMA decided to implement one of Ripple’s solutions called RippleNet to make bank payments in Saudi Arabia faster and cheaper.

The partnership between SAMA and Ripple Labs is supposed to include major Saudi banks such as the Saudi British Bank (SABB) and the Al Rajhi Bank. Although initial payments made by these banks with the use of Ripple’s blockchain solutions were widely reported by the media, at the time there are no signs of RippleNet becoming widely adopted.

Unfortunately for the American company, the future of Ripple’s operations in Saudi Arabia is uncertain. Ripple Labs is currently in massive legal trouble after being charged by the US  Securities and Exchange Commission (SEC) with fraudulent sale of unregulated securities worth over $1 billion. Given the present situation it’s unlikely that Ripple will be able to expand its presence in the Saudi crypto ecosystem.

Aside from the government entities experimenting with introducing some blockchain-based solutions, there exist no legally acknowledged, privately owned Saudi crypto projects. Unless the current legal status of digital assets is changed and new regulations introduced, no crypto projects can be founded in Saudi Arabia legally.

Look to the Future of Saudi Arabia’s Blockchain Ecosystem

Unfortunately, as of now there are no signals that the Saudi crypto approach will change anytime soon. While other countries in the region such as the United Arab Emirates or Bahrain and introducing regulations making it easy for entrepreneurs to start crypto businesses, Saudi Arabia remains staunch in its position regarding cryptocurrencies as illegal.

There are no signs suggesting that the current Saudi crypto trends will change. What this means is that Saudi Arabia is likely to continue cooperating with other governments in the region to adopt blockchain-based solutions, and the Saudi crypto ecosystem will be dominated by partnerships between foreign blockchain companies and Saudi financial institutions.

However, the attitude towards projects utilizing blockchain technology in the most popular way, which is to create digital currencies, is unlikely to change anytime soon. While retail investors will still be able to buy and sell cryptocurrencies using means such as foreign exchanges or peer-to-peer platforms, entrepreneurs in Saudi Arabia won’t be able to legally launch their own crypto projects.

The reason why the Saudi government considers cryptocurrencies illegal, while at the same time experimenting with blockchain technology, might be rooted in the plans of issuing a Central Bank Digital Currency (CBDC) in the near future. Instead of investing in Bitcoin and other cryptocurrencies, Saudi citizens will be encouraged to use the CBDC officially issued by Saudi Arabia.

CBDCs, also referred to as national cryptocurrencies, are centralized blockchain-based digital currencies issued by central banks similarly to traditional fiat currencies. Many countries are currently working on CBDCs, with Russia’s digital ruble, China’s digital yuan and EU’s digital euro being in the most advanced stage of development.

The plans of a Saudi CBDC called Project Aber was announced in 2019, and is being developed in partnership with the United Arab Emirates. As of 2021, the progress of the project seems to be going according to plan, and initial tests showed that Aber has great potential for improving the security and efficiency of payments in Saudi Arabia and the UAE. However, there are currently no official plans regarding the date when Aber will be launched and available to the general public.